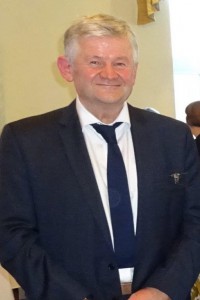 Trustee – Brian has previously been the Chair of The Leonardo Trust. He has had a long career in taxation and financial advice. The founder of Leonardo Trust is a long term professional client of Brian and he helped her to set up the charity in 2001 and also became a founder trustee. Although neither Dorset born nor resident, Brian has grown a great familiarity and affection for the area and its people through his work with Leonardo. Brian believes that: “the issues of an ageing population present immense challenges for society that will not be met without the bedrock support of the nation’s voluntary carers”

He feels that Leonardo has a vital role locally to support those carers and improve the lives of both them and those for whom they care.

Brian is married with two adult daughters who have both flown the nest. Mountain and hill walking is an important part of his leisure time and he is also a lifelong, and long-suffering, supported of Sunderland Football Club.